Sudo Biosciences is a biopharmaceutical company committed to designing and developing novel, best-in-class medicines to transform patients’ lives. Our lead programs target the tyrosine kinase 2 (TYK2) pseudokinase domain. TYK2 is a key mediator in cytokine signaling pathways that have been linked to a broad range of immune-mediated inflammatory conditions. 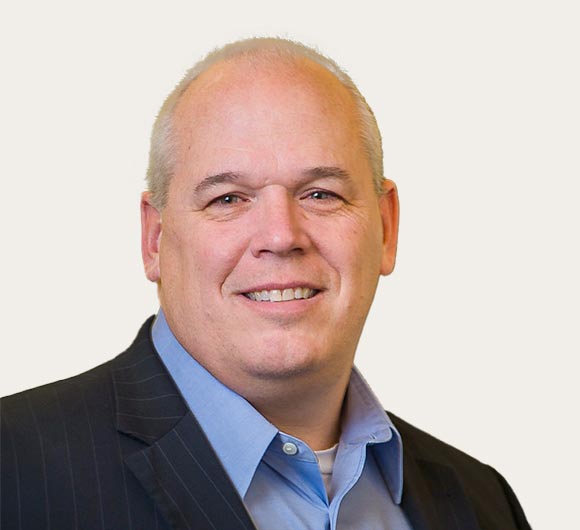 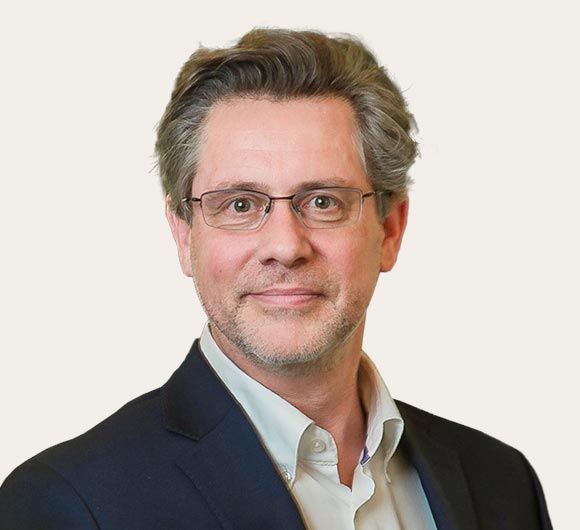 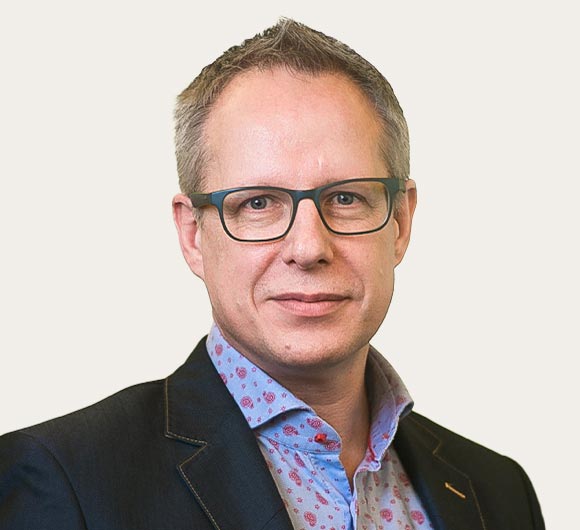 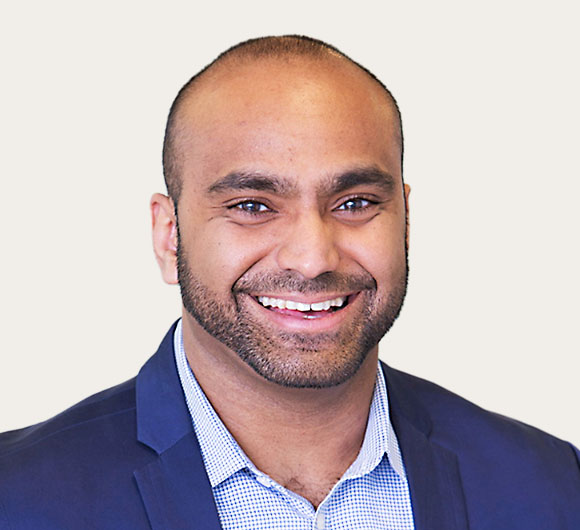 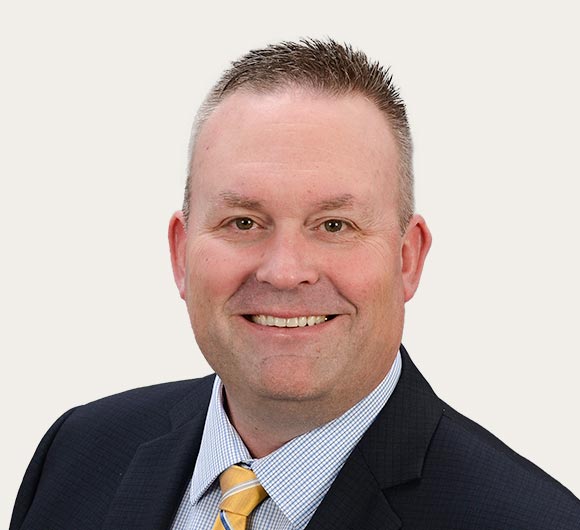 Scott Byrd is Chief Executive Officer at Sudo Biosciences. He also serves as an Entrepreneur-in-Residence with Frazier Life Sciences.

Previously, he was Chief Executive Officer at Outpost Medicine from 2017 to 2021 and Chairman of the Board of Acacia Pharma Group plc from 2020 to 2022. From 2009 until its acquisition by Mallinckrodt Pharmaceuticals for $1.4 billion in 2014, he was Senior Vice President and Chief Commercial Officer of Cadence Pharmaceuticals. At Cadence, Scott built the company’s commercial and supply-chain infrastructure and led the launch of OFIRMEV, a market-leading non-opioid injectable analgesic. Earlier in his career, Scott served in a variety of roles of increasing responsibility at Eli Lilly and Company, including sales, marketing, development, manufacturing, and strategic planning.

Scott holds a B.S. in mechanical engineering from Bradley University and an M.B.A. from Harvard Business School.

Dr. Ian Mills is Chief Medical Officer at Sudo Biosciences. He also serves as an Entrepreneur-in-Residence with Frazier Life Sciences.

He was previously Chief Medical Officer at Outpost Medicine from 2017 to 2020. Prior to Outpost, Ian was at Mitsubishi Tanabe, where he was Head of Clinical Development. Prior to Mitsubishi, he was with Pfizer for more than 15 years in a variety of clinical and development leadership roles, most recently as Vice President and Global Clinical Head for the Innovative Pharma Business. Ian has provided leadership to projects across multiple therapeutic areas, including Genitourinary & Women’s Health, Gastroenterology, Inflammation & Immunology and Neurosciences, spanning Phases 1-4, including submission of five products for approval in major markets, and two FDA approvals.

Ian received his MA in Natural Sciences from Cambridge University and his medical degree (B.M., B.Ch.) from Oxford University. He was awarded a medical doctorate (D.M.) from Oxford for his research on the pathophysiology of overactive and neurogenic bladder. He is an accredited pharmaceutical physician and a Fellow of the Faculty of Pharmaceutical Medicine (FFPM) in the UK.

Dr. Gordon McMurray is Chief Development Officer at Sudo Biosciences. He also serves as an Entrepreneur-in-Residence with Frazier Life Sciences.

He was previously co-founder and Chief Scientific Officer at Outpost Medicine from 2016 to 2020. Prior to Outpost, Gordon held several senior roles across multiple therapeutic areas at Pfizer, leading multiple disciplines, teams and projects across Neuroscience, Pain, Sensory Disorders, Genitourinary and Urology indications. Prior to Pfizer, Gordon was a Lecturer in Pharmacology and a Laboratory Head in the Department of Pharmacology at Oxford University, where he was also a member of the Oxford Continence Group.

Gordon holds a B.Sc. and Ph.D. from Queen’s University Belfast.

Dr. Babar is Chief Business Officer at Sudo Biosciences and serves on the Board of Directors for Rare Genomics Institute.

Prior to that, Imran worked as an associate at Cowen & Company on the biotechnology equity research team. Imran is also co-founder and a board director for Rare Genomics Institute, a 501(c)3 nonprofit dedicated to helping patients with rare diseases.

Imran completed his PhD in Molecular Biology at Yale and his BA in Biology at Carleton College.

Dr. Anjali Pandey has led medicinal chemistry at Sudo Biosciences since its founding in 2020. She is an executive biopharmaceutical R&D leader with 25+ years of experience and expertise in all stages of discovery and development from initial lead identification through approval.

Previously, Anjali was head of medicinal chemistry at Lengo Therapeutics (acquired by Blueprint Medicines Dec 2021) from April 2020 – March 2022. At Lengo Therapeutics, she led the discovery of first-in-human Phase 1/2 clinical candidate LNG-451 (BLU-451). Prior to her role at Lengo, Anjali was CSO/EVP for BridgeBio Pharma oncology companies TheRas Inc., Ferro Therapeutics and Navire Pharma. Prior to that, she spent 14 years at Portola Pharmaceuticals as SVP of Medicinal Chemistry & Chemical Development, where she managed discovery and chemistry, manufacturing and control (CMC) function for Bevyxxa™, Cerdulatinib and all the other small molecule programs. She has been a significant contributor towards the discovery, development and IND-ready and/or 1st in human study for 15 compounds. Dr. Pandey has published 45+ scientific publications and is an inventor on over 70 issued U.S. patents.

Anjali received her M.S. from the Indian Institute of Technology, Kanpur and a Ph.D. from Southern Illinois University and completed her postdoctoral fellowship at SRI International.

Dr. David Hennings is the Vice President of CMC for Sudo Biosciences. Prior to Sudo, he was Vice President of CMC for Cortexyme, a pharmaceutical company developing novel treatments for neurodegenerative diseases, where he was responsible for the development and delivery of drug substance and drug product to support the company’s lead candidate in clinical trials. Dr. Hennings served in positions of increasing responsibility over a 14-year tenure at Array Biopharma (acquired by Pfizer), where he established interdisciplinary CMC teams to manage the development of multiple programs in oncology as well as other therapeutic areas such as antibacterial products and pain/inflammation in oncology.

At Array, he was senior team leader for projects including Varlitinib (ARRY-543) and a p38 inhibitor (ARRY-797), and also led the spin-out of the Array CMC group to form Avista Pharma Solutions. Dr. Hennings was also Senior Director of Business Development and Head of US Sales at STA Pharmaceutical, a WuXi AppTec company. He started his career at Bristol-Myers Squibb after completing his post-doc training at Colorado State University. He obtained a B.S. in Chemistry from Northeast Missouri State and a Ph.D. in Organic Chemistry from the University of Chicago.

Dr. Bhaskar Chaudhuri has been an Operating Partner at Frazier Healthcare since 2011, focusing on investments in later-stage companies and in international opportunities. Prior to joining Frazier, he was president of Valeant Pharmaceuticals (currently Bausch Health), where he led Valeant’s international operations and business development activities. He joined Valeant through its acquisition of Dow Pharmaceutical Sciences, where he was President and CEO. Dow focused on dermatology drug development and commercialization and was the source of multiple approved products. Before Dow, Dr. Chaudhuri worked at Mylan Pharmaceuticals in several capacities including EVP of scientific affairs at Mylan subsidiary Bertek Pharmaceuticals, and as general manager of the dermatology division. He also worked at Penederm as VP of R&D. In addition to Sudo, he also serves on the board of Arcutis (NASDAQ: ARQT), Silvergate Pharmaceuticals, and Tarsus (NASDAQ: TARS). He also serves on the advisory board of the Johns Hopkins Berman Institute of Bioethics. He holds a Ph.D. from the University of Louisiana, and an M.S. and a B.S. in Pharmacy from Jadavpur University, India.

Scott Byrd is Chief Executive Officer at Sudo Biosciences. He also serves as an Entrepreneur-in-Residence with Frazier Life Sciences.

Previously, he was Chief Executive Officer at Outpost Medicine from 2017 to 2021 and Chairman of the Board of Acacia Pharma Group plc from 2020 to 2022. From 2009 until its acquisition by Mallinckrodt Pharmaceuticals for $1.4 billion in 2014, he was Senior Vice President and Chief Commercial Officer of Cadence Pharmaceuticals. At Cadence, Scott built the company’s commercial and supply-chain infrastructure and led the launch of OFIRMEV, a market-leading non-opioid injectable analgesic. Earlier in his career, Scott served in a variety of roles of increasing responsibility at Eli Lilly and Company, including sales, marketing, development, manufacturing, and strategic planning.

Scott holds a B.S. in mechanical engineering from Bradley University and an M.B.A. from Harvard Business School.

Dave Johnson has more than 25 years of experience in the biopharmaceutical industry. He is currently CEO and founder of Solve Therapeutics, a monoclonal antibody-based oncology therapeutics company. Prior to Solve, Dave was chairman of the precision oncology company Lengo Therapeutics, which was acquired by Blueprint Medicines (NASDAQ: BPMC) in a deal valued at up to $465M in December 2021. Prior to Lengo, Dave was CEO of VelosBio, a precision oncology biotechnology company, which was acquired by Merck in December 2020 for $2.75B. Dave was also CEO at Acerta Pharma, a pharmaceutical company focused on covalent small-molecule technology in oncology, where he built out all facets of the corporation, to accelerate the development of Bruton tyrosine kinase inhibitor, acalabrutinib (Calquence™). Dave’s tenure at Acerta culminated in the execution of a strategic transaction with AstraZeneca valued at $7B.

Dave’s current board roles include chairman of the board at Zentalis Pharmaceuticals (NASDAQ: ZNTL), chairman of the board Aura Biosciences (NASDAQ: AURA), and board director for the privately-held Palleon Pharmaceuticals. Prior to his CEO and board director roles, Dave held various biopharma roles of increasing responsibility with Calistoga Pharmaceuticals (acquired by Gilead Sciences), Gloucester Pharmaceuticals (acquired by Celgene), Millennium (acquired by Takeda), Immunex (acquired by Amgen), and Hoffman La-Roche, making contributions to many drugs garnering regulatory approval. He has raised over $750M in biopharma capital and created greater than $10B in terminal value. Dave is a coauthor on numerous publications including four New England Journal of Medicine (NEJM) manuscripts. He has a bachelors degree from Indiana University.

Prior to joining Frazier, Dr. Estes was a management consultant with McKinsey & Company’s global pharmaceutical practice. He received his Ph.D. in Biomedical Engineering from the University of Michigan and holds a B.S. in Electrical Engineering from Stanford University. In 2018, Dan was named a “40-and-under Silicon Valley biotech investing star” by Business Insider.

Dr. James A. Bristol is a Senior Advisor with Frazier Healthcare and also serves as chairman of Deciphera Pharmaceuticals (NASDAQ: DCPH) and a member of Board of Directors of Erasca, Inc. (NASDAQ: ERAS). Dr. Bristol worked for 32 years in drug discovery, research and preclinical development at Schering-Plough Corporation, Parke-Davis, and Pfizer Inc., serving in various senior research and development roles. From 2003 until his retirement in 2007, Dr. Bristol served as Senior Vice President of Worldwide Drug Discovery Research at Pfizer Global Research and Development, where he oversaw 3,000 scientists at seven Pfizer sites as they produced an industry leading number of drug development candidates in 11 therapeutic areas. Dr. Bristol is the author of over 100 publications, abstracts and patents. He conducted postdoctoral research at the University of Michigan (NIH Postdoctoral Fellow) and at The Squibb Institute for Medical Research. Dr. Bristol received a B.S. in Chemistry from Bates College and a Ph.D. in organic chemistry from the University of New Hampshire. 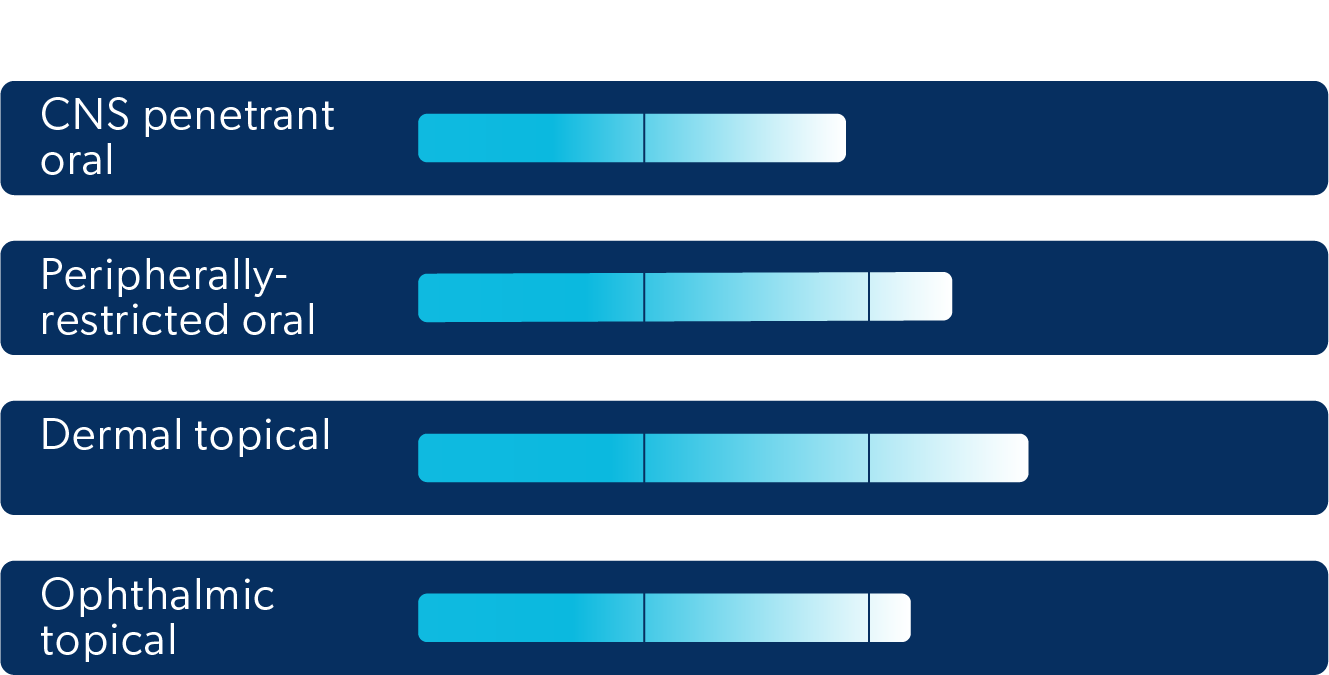 Tyrosine kinase 2 (TYK2) is an enzyme that regulates immune and inflammatory signaling pathways by mediating the effects of cytokines such as IL-23, IL-12, and Type 1 interferons (IFNs). These cytokines are central to both innate and adaptive immune systems, including the functioning of Th17 and Th1 cells. Inhibiting TYK2 has been shown to be beneficial in the treatment of psoriasis, psoriatic arthritis, and lupus (SLE). Additional evidence suggests that TYK2 inhibition could provide benefit in an even broader range of autoimmune disorders such as ulcerative colitis, Crohn’s disease, ankylosing spondylitis, multiple sclerosis, and others.

Traditional approaches to inhibiting TYK2 and other Janus Kinase (JAK) family enzymes through binding in the catalytic kinase domain (JH1 domain) result in poorly selective binding and inhibition due to the nearly identical kinase domain structures shared among JAKs. This lack of selectivity in the inhibition of JAKs may result in safety issues that significantly limit the risk-benefit profile and therefore breadth of application for autoimmune disorders.

At Sudo Biosciences, we are passionate about developing best-in-class treatments to improve the lives of patients with immune-mediated inflammatory diseases.

We have created a collaborative and inclusive environment that thrives on intellectual curiosity and work in a fast-paced environment. We are dedicated to the recruitment, training and career development of each team member at Sudo.

If you would like to be considered for a position at Sudo Biosciences, please submit your resume and cover letter to careers@sudobio.com.